Mixing The Band - Home of the Ear Training Kit™ close 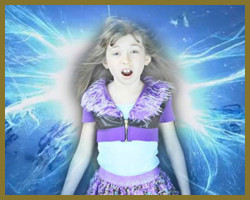 Mixing The Band can assist in making videos for the promotion of your music, products, or services. Audition videos, artist videos, band videos, and product infomercials are now available.

Use videos to show off your band and your skills, or tell your story and sell your products. Videos are a great marketing tool that can really help get your message out there for viewing.

A professional video makes a professional statement, adds credibility, and allows you some degree of control over the viewer’s experience, helping you make a great first impression.

Decide on the type of video production you need, place your order online, and we’ll set up the proper audio / video team.

3 types of videos are available:

This type of video is for actors and singers to submit to auditions for movies, commercials, live performance slots, etc. This is a single camera shoot against a solid color background (usually blue) with lighting, using one microphone.  The video and audio are edited and trimmed in the computer, and the final video is exported to an HD video suitable for submission to the agency.

The artist video is similar to an audition video, except the music soundtrack is sync’d to the video, and we use a green screen so we can replace the background. This is an effect called Chroma Key, and is sometimes called “green screen” effect.

Sometimes the artist sings live in real time to background music. The live vocal is mixed with the music, gets sync’d to the video, and the background is replaced in the computer.  Other artists lip-sync to the previously recorded song.

The video and audio are edited, trimmed, and exported to an HD video suitable for YouTube.

For bands, 2 types of videos are available:

a) BAND VIDEO – Shoot Video Only

This option uses the band’s previously mixed and mastered song. The band sets up on location and plays along to the track (lip-sync) while the team records multi-camera video with lighting.  The video is sync’d with the song, and shots are chosen to show off the band and the song.  The video and audio are edited, trimmed, and exported to an HD video suitable for YouTube.

b) BAND VIDEO AND RECORDING – Record Music and Shoot Video

The team shoots video with multiple cameras while the song is being recorded on-location, either live or in-studio. The song is professionally mixed and/or mastered, and sync’d to the edited video. What we see onscreen is what the band actually played during filming, performed live with no lip-sync. The video and audio are edited, trimmed, and exported to an HD video suitable for YouTube.

For product infomercials and other video projects like live concert videos or other longer videos, please contact us for a quote at mixingtheband@gmail.com. For examples of videos, please visit the video gallery.

Audio engineers - If you've been waiting to try out Harrison's Mixbus, now is a good time! 45th anniversary sale, $19.

Mixbus has a great utility for checking the polarity of multi-miked instruments like drums. It analyzes the tracks and gives you the results, and you pick the one that sounds best. This is a huge time-saver from the standard method of going through each track and comparing them against each other. On this song, it helps bring out a +2dB increase and a thicker sound. ... See MoreSee Less

Harrison's AVA Spectral Compressor is great for taming harshness, better than a De-Esser because it has multiple bands and follows the pointy peaks around, very smooth. harrisonconsoles.com/site/ava-plugins.html ... See MoreSee Less